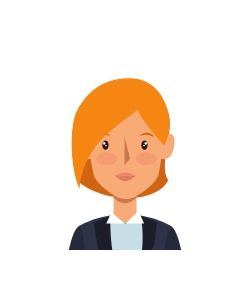 After thinking carefully about what I wanted to do with my life, I noticed that I wasn't on a great path. My kids still needed a lot from me, but I needed to provide more for them. I started realizing that going back to school may be the right idea, so I started looking into enrollment. I found a great program close to my home that worked out well with my budget, and it was neat to explore the possibilities. After I started classes, I was enthusiastic about moving forward with my career. Check out these posts to learn more about throwing yourself into your studies and making your life better.

Throwing Myself Into School

Optical amplifiers have undergone many changes since they were invented by Elias Snitzer and his team in 1964. Optics use light to carry information over long distances. This light is a signal that comes in the form of an electromagnetic wave. Fiber optics is the historical conduit that gave way to optical networking and today's telecommunications.

Why Were Optical Amplifiers Invented?

As telecommunications evolved, these waves of light had to travel over much longer distances. Traditionally, copper wires were used for communication. In some places, they still are. Copper transmits electrical current and is much cheaper to use than fiber optics. However, copper is prone to interference from other devices. Fiber optics lessen that interference and noise. But there was still an issue with data transmission, and that's where optical amplifiers leveled the telecommunications playing field.

It's true that communication travels around the world in what seems like an instant. We usually think of satellite communication when we think of that immediacy. But what about your cable TV, your Internet, even the data that comes and goes from your doctor to the hospital? Copper is slower than fiber optics and is subject to interference that can send data into oblivion. Not a good thing when you need data transmission to be ultra-secure and timely.

How Do Optical Amplifiers Work?

Optical amplifiers work by pumping energy from an external source to directly engage the photons emitted from the waves. Direct means that no electrical conversion takes place. Why is this important? Direct amplification means faster data transmission and practically no interference. In a nutshell, data travels at just less than the speed of light without being noisy about it.

How much faster can data transmission get? Are we in the golden age of communications? Will copper wiring eventually give way to fiber optics everywhere? Not in the near future. Although optical amplifiers have upped the telecom game, the technology is still very expensive, fiber optic wiring is still delicate, and copper has adequate bandwidth for the needs of many. Snitzer and his team may have not foreseen where their invention would take them, but somewhere out there, they must be very pleased.

By doing some research, you can find more information on the inventors of optical amplifiers and the continuing development of fiber optics.